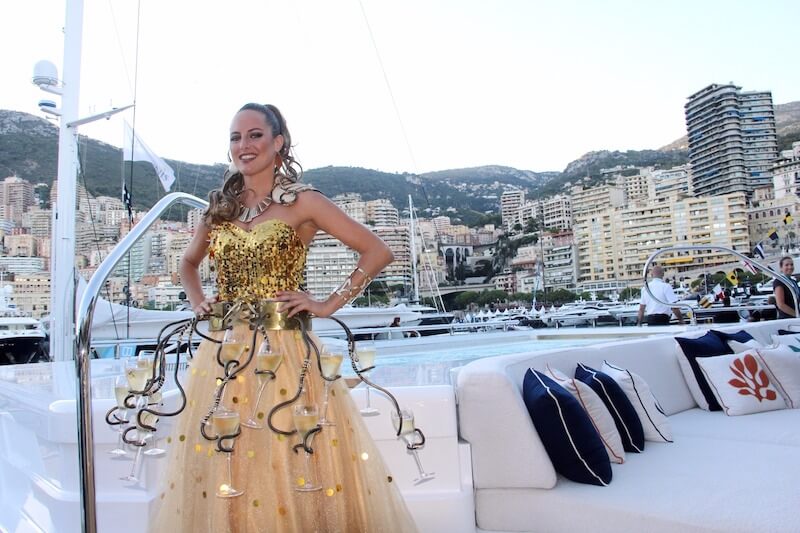 The 2018 edition of the Monaco Yacht Show just ended but we can already say that it has been a huge success.

As we know, this event gathers all the most beautiful private yachts from around the world and the clientele is logically upscale.

A numerous events were held on several yachts during this new edition of the Monacho Yacht Show. A bunch of companies teamed up together to join their marketing power.

This event is now considered to be one of the most important one on the French Riviera and certainly the second one in Monaco right after the Formula 1 race.

As the leading entertainment agency on the French Riviera, we took part in several parties. We had the opportunity to present several music bands, singers, swimmers and even some of our own creations like the Champagne Goddess.

We are now looking for the 2019 edition with excitement and we hope that even more of our entertainment performers and artists will take part of it.

Our events agency is based in the heart of the French Riviera: Monte-Carlo (Monaco). We have been producing and managing various upscale events for years in Cannes and Monaco as well as abroad. From small groups celebrating a birthday to big companies launching a new product, we will be at your entire disposal to offer event production solutions.